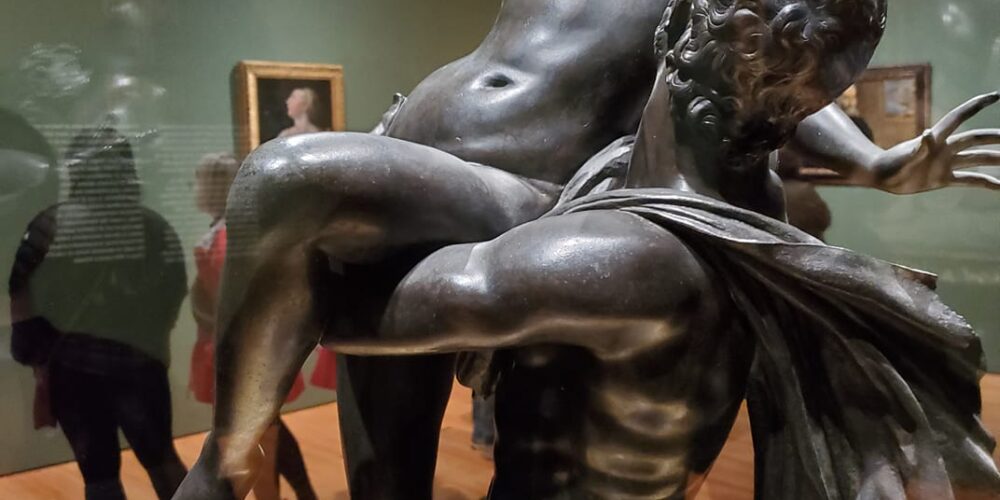 I will not pretend the source material isn’t rather historically distasteful (Taking of the Sabine Women) but the form of the humans depicted here is astounding.

What I find fascinating is the very mistaken idea of the prevalence of nudity in past cultures or in expression of nudity in life. Western civilization has developed more and more “rooms” in houses where we can hide normal things such as baths, toilets, parents from children. This created an idea of modesty due to lack of interaction. Now, we don’t cosleep, cohabit with family, home birth, home death…we’ve moved almost completely out of normal interaction. Men grow up seeking pornography or seeing movie stars as the “norm” for women’s bodies.
Where was I going? Oh, yeah. Average smallish breasts. Intact penis. There is an impression on the art of “muscular” to induce the idea of strength/aggression of the man carrying off a nubile young woman who had not yet had children so their health and vitality is overdone a bit but their bodies are normally proportioned bodies. 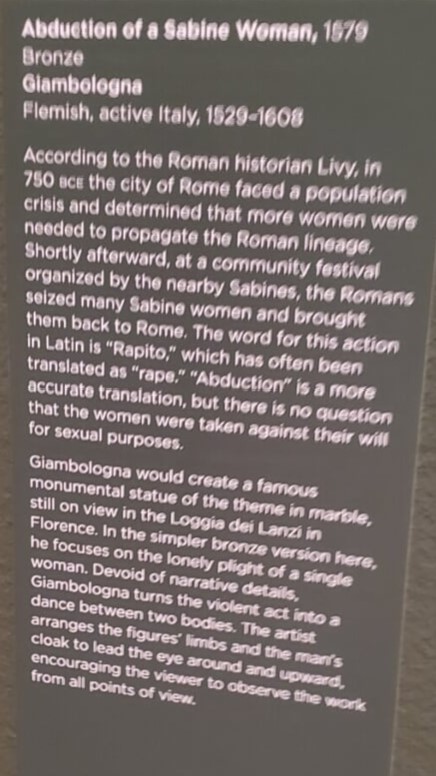